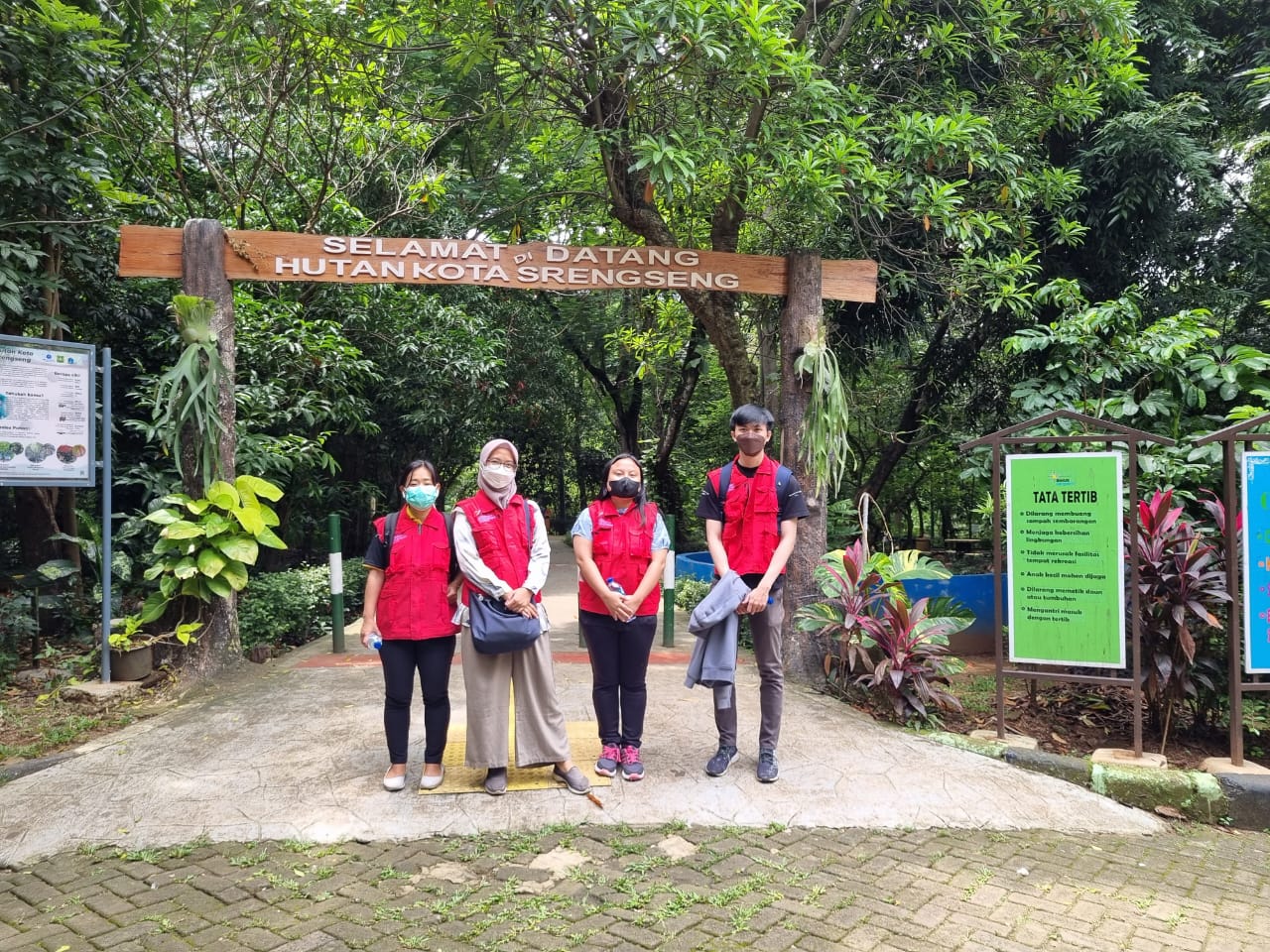 The Srengseng urban forest is located in Kembangan, West Jakarta and has a land area of 15.3 hectares. This forest was made into an urban forest three decades ago and was previously a landfill. Even though it was previously a landfill, the stench of garbage can no longer be smelled in this area. This forest is home to thousands of trees from dozens of species. This forest’s most common tree species are acacia, mahogany, teak, and flamboyant. In this forest, there is also an artificial lake that functions as a reservoir for water reserves in the dry season as well as water absorption in the rainy season.

Srengseng urban forest currently still has various problems related to its facilities. This can be seen in several facilities that are starting to experience damage due to age. Based on the information from the Srengseng Forest Supervisor, revitalization activities have been planned to start in 2020 and the local government has budgeted several funds for repairing and maximizing the function of this srengseng urban forest. However, because of the pandemic that occurred, the budget had to be allocated for handling the pandemic that occurred in Indonesia. Therefore, this urban forest must wait until 2023 to submit a budget for the repair and revitalization of this urban forest.

Based on the survey and discussions with the site manager, there are several main problems with the Srengseng urban forest. Some of them are access to toilets which are very far away and not good enough, the main stage which is used for various activities which have been badly damaged, access to electricity which is difficult to reach the stage, and various other facilities which have started to suffer damage. In addition, there are also various needs for facilities that do not yet exist.

After various discussions, a team of lecturers from the civil engineering department proposed several ideas to maximize the function of Srengseng’s urban forest. Some of these ideas are making emergency routes, installing solar panels as an energy source, installing solar-powered reflectors on road routes, and stage repairs (ground and structural) with materials that are easy to maintain.