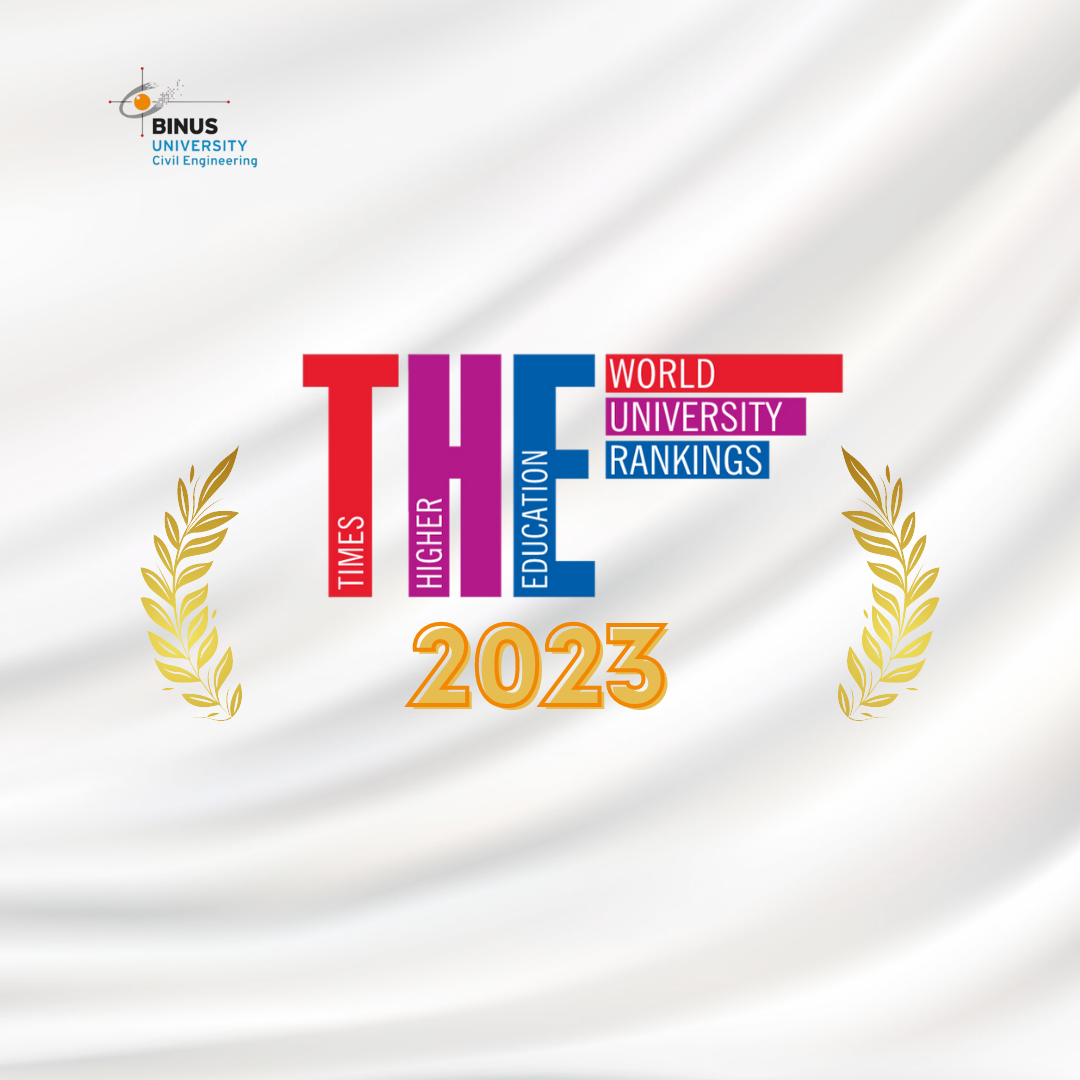 The world’s higher education ranking agency, Times Higher Education (THE), has just released the ranking results conducted on more than 1799 institutions from 104 countries around the world in the 2023 World University Rankings. Based on these results, BINUS University achieved the fourth rank out of 18 universities that were ranked in Indonesia and is in the #1201 – 1500 world position. The Civil Engineering Department of BINUS University also reached third rank in Indonesia, with first rank is reached by UI and second rank by ITB.
The 2023 THE WUR was conducted based on these 5 indicators:

THE WUR 2023 result shows that BINUS University continue to develop its education quality to foster and empower the nation as a world class university with impactful research, collaboration, and innovation.